Board members are elected for an initial period of three years with the board refreshed over this three year period. 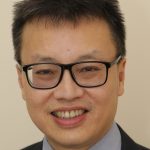 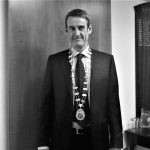 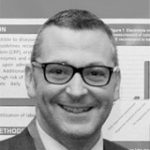 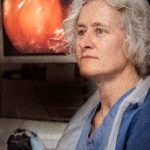 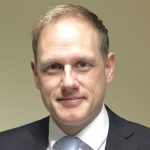 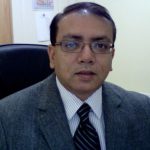 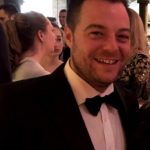 Dr Tham qualified in 1985 from Queen’s University of Belfast. He trained as a gastroenterologist and physician in the Northern Ireland training program. He completed his training as an Advanced Gastroenterology Fellow in the Brigham and Women’s Hospital, Harvard Medical School, Boston, MA, USA 1995 - 6. He has been Consultant Physician and Gastroenterologist in the Ulster Hospital, Dundonald, Belfast since 1997. During this time, he has developed gastroenterology services in the Ulster Hospital, especially in therapeutic endoscopy and ERCP. He has more than 70 publications in peer reviewed journals. He is the first author of a book entitled “Gastrointestinal Emergencies" which has been published as a 3rd edition and translated into Polish. He has contributed to several other book chapters. He was the Guidelines Editor for Gut. He is on the International Editorial Board of Gastrointestinal Endoscopy; Associate Editor of the World Journal of Gastrointestinal Endoscopy; Diagnostic and Therapeutic Endoscopy. He has received several awards for being a top reviewer for Gastrointestinal Endoscopy and Gut. He was the Head of the School of Medicine, Northern Ireland Medical and Dental Training Agency (deanery) and is currently Training Program Director for Internal Medicine. He is the Deputy Chair of the Specialist Advisory Committee for internal medicine at the Joint Royal Colleges of Physicians Training Board. He is the President of the Irish Society of Gastroenterology. He is the Chair of the British Society of Gastroenterology (BSG) Clinical Services and Standards Committee. He was formerly the Quality Improvement and Guidelines lead of the BSG. He is an examiner for the Royal College of Physicians of Edinburgh and Queen’s University. Specialties: Oesophagogastroduodenoscopy, colonoscopy, endoscopic retrograde cholangiopancreatography, therapeutic endoscopy, inflammatory bowel disease, pancreatobiliary disorders, irritable bowel syndrome

Dr Manus Moloney graduated in 1987 from Trinity College Dublin, trained in gastroenterology at the Mater and St James Hospital Dublin before moving to the Liver unit at King’s College Hospital in London, training in hepatology and completing an MD thesis on Immunogenetics of Primary Sclerosing Cholangitis. Completed training at Ashford Hospital in Kent and Guy’s Hospital. Dr Moloney returned to Ireland in 2000 to take up a Consultant post at Nenagh Hospital and Limerick Regional Hospital, now the University of Limerick Hospital Group. Dr Moloney is currently serving as endoscopy lead for the group, main interests include management of Inflammatory Bowel Disease and interventional endoscopy.

Dr Cullen is a Consultant Gastroenterologist at St Vincent’s University Hospital in Dublin. He received his medical degree from University College Dublin and was subsequently awarded an MD By ‘Thesis for Research’ in inflammatory bowel disease (IBD). Having completed Gastroenterology training at St Vincent’s University Hospital and Beaumont Hospital, he completed two years of advanced IBD training at Massachusetts General Hospital and Beth Israel Deaconess Medical Centre in Boston, MA. Dr Cullen was subsequently appointed as an attending gastroenterologist at BIDMC and Assistant Professor of Medicine at Harvard Medical School before returning to Dublin to take up his current post. He is involved in ongoing clinical research in IBD, focussing on clinical trials in addition to risks and outcomes related to immunosuppression. He is the author of a number of peer-reviewed articles, book chapters and reviews in IBD. Dr Cullen is a Clinical Editor for the IBD Monitor, an author for the IBD section of Up to Date and has served as a reviewer for a number of medical journals including the New England Journal of Medicine, GUT and the American Journal of Gastroenterology.

Prof. Egan graduated from UCG in 1990 (M.B., B.Ch., B.A.O.), and completed internship, house officer and registrar training, based at University College Hospital Galway. He received Membership of RCPI in 1992, and Masters in Medical Science from UCG in 1994. From 1994 to 1999, at the Mayo Clinic in Minnesota he completed further training in Internal Medicine, Clinical Pharmacology & Gastroenterology, receiving American Board certification in those 3 disciplines. NUI Galway conferred an MD in 1999. Prof. Egan then undertook post-doctoral training from 2000 to 2002, in the Laboratory of Mucosal Immunology at the University of California, San Diego, before returning to the Mayo Clinic to take up a consultancy in Gastroenterology, with joint appointment in the Department of Molecular Pharmacology and Experimental Therapeutics. His research focuses on molecular characterization of signaling pathways involved in intestinal epithelial cell stress, death and malignant transformation, and optimization of personalized approaches to biological therapy. In 2005, Prof. Egan was recruited by NUI Galway and the Health Service Executive Western Region as Professor of Clinical Pharmacology/Consultant Clinical Pharmacologist and Head of the Department of Pharmacology & Therapeutics, a position he took up in August 2005. Prof. Egan has served as Interim Director of the HRB Clinical Research facility Galway, as Vice-Dean of Research at the College of Medicine Nursing and Health Sciences at NUI Galway, and as Head of the discipline of Pharmacology and Therapeutics. He was associate editor at Gut, and has been editor-in-chief of the Journal of Crohn’s and Colitis since 2014. Prof Egan is a past President of ISG.

Glen grew up in Northern Ireland and graduated in Medicine at Trinity College Dublin in 1998. He was awarded his PhD by NUI in 2006 and completed his gastroenterology training in Ireland followed by an advanced IBD fellowship at Beth Israel Deaconess Medical Center and Harvard Medical School, Boston. Since 2010 he has worked as a consultant gastroenterologist at St Vincent’s University Hospital in Dublin and as a senior clinical lecturer in the School of Medicine and Medical Science at University College Dublin. His research interests are in the role of innate and adaptive immunity in inflammatory bowel disease (Ulcerative Colitis and Crohns Disease) and in the importance of the host immune response in gastro-intestinal neoplasia, particularly colorectal cancer and Barrett’s oesophagus. With his colleagues at the Centre for Colorectal Disease at SVUH/UCD he has an established track record in clinical research on a range of digestive disorders and is actively involved in clinical trials in IBD.

Deirdre is a graduate of Trinity College Dublin and completed Higher Specialist Training in Gastroenterology in Ireland before travelling abroad to complete periods of training in Interventional Endoscopy in Magdeburg, Germany and Cancer Prevention at the National Institute of Health, USA. Deirdre was appointed to her first substantive post as a Luminal Interventional Gastroenterologist at Aberdeen Royal Infirmary in 2004. During her time in Aberdeen, she developed additional interests in minimally invasive capsule endoscopy and device assisted enteroscopy. Deirdre returned to Trinity College and Tallaght Hospital as an Associate Professor of Medicine in 2010. She is Co-Founder and Director of the TAGG Research Centre (Trinity Academic Gastroenterology Group) and was Head of the Department for Clinical Medicine from 2012-2015. Clinically, she helped develop Tallaght’s reputation as a centre of excellence for both Device Assisted Enteroscopy and Capsule Endoscopy. In her spare time, Deirdre can usually be found in wellies outdoors, as a dedicated gardener, rider and dog owner.

Dr Eoin Slattery graduated with honours from University College Dublin in 2002. He completed his internship and general professional training at St Vincent’s University Hospital. He became a member of the Royal College of Physicians of Ireland in 2005. Thereafter, he commenced higher specialist training in gastroenterology, rotating through St Vincent's Hospital, Beaumont Hospital and St Luke's Hospital Kilkenny. During his training he obtained a post-graduate Doctorate of Medicine as the Abbott Newman fellow in Inflammatory Bowel Disease at University College Dublin. His translational research project focused on the beneficial effects of cigarette smoke on Ulcerative Colitis. Following completion of higher specialist training, Dr Slattery embarked on sub-specialist fellowship training. He was appointed as the Irish Society of Gastroenterology Boston Scientific Advanced endoscopy fellow rotating through the Mater Hospital, Dublin and then on to Beth Israel Deaconess Medical Centre/ Harvard Medical School, Boston, MA. He then proceeded to spend 2 years as the Advanced GI nutrition support fellow in New York Presbyterian Hospital/ Columbia University Medical Centre.. He returned home to Ireland in 2015 where he was appointed as a consultant gastroenterologist at University Hospital Galway and Saolta group clinical lead for Endoscopy.

Dr.Gupta (Sengupta) is a Consultant Gastroenterologist / Physician at the Louth County Hospital , Dundalk and also Our Lady of Lourdes Hospital, Drogheda. Dr. Gupta graduated from Calcutta, India and subsequently obtained his MRCP (UK) in 2000. He successfully completed his Specialist training in Gastroenterology and Internal Medicine from the Mater and Beaumont Hospitals in Dublin in 2007. He obtained his Masters Degree from University College Dublin (UCD) in 2007. He undertook his Advanced Interventional Hepatobiliary fellowship at Mater and Beaumont Hospitals in Dublin and at Beth Israel Deaconess Medical Centre, Harvard, Boston(MA)-USA (2007-2008). Apart from doing his regular upper and lower GI endoscopies in Dundalk, he does ERCP and Endoscopic Ultrasound (EUS) procedures in Beaumont Hospital, Dublin. Special Interests: Pancreatico-biliary disease.

I am a fourth year trainee on the Higher Specialist Training in Gastroenterology. I am currently undertaking my MD in RCSI and Beaumont Hospital, investigating the role of bile acids in IBD. I have an interest in all areas of Gastroenterology, with a special interest in IBD and endoscopy. I am delighted to be the trainee representative on the Board of ISG and hope we can continue to provide events for trainees in the vein of our breakout session at the ISG Winter meeting 2020 which was an outstanding success for all involved.